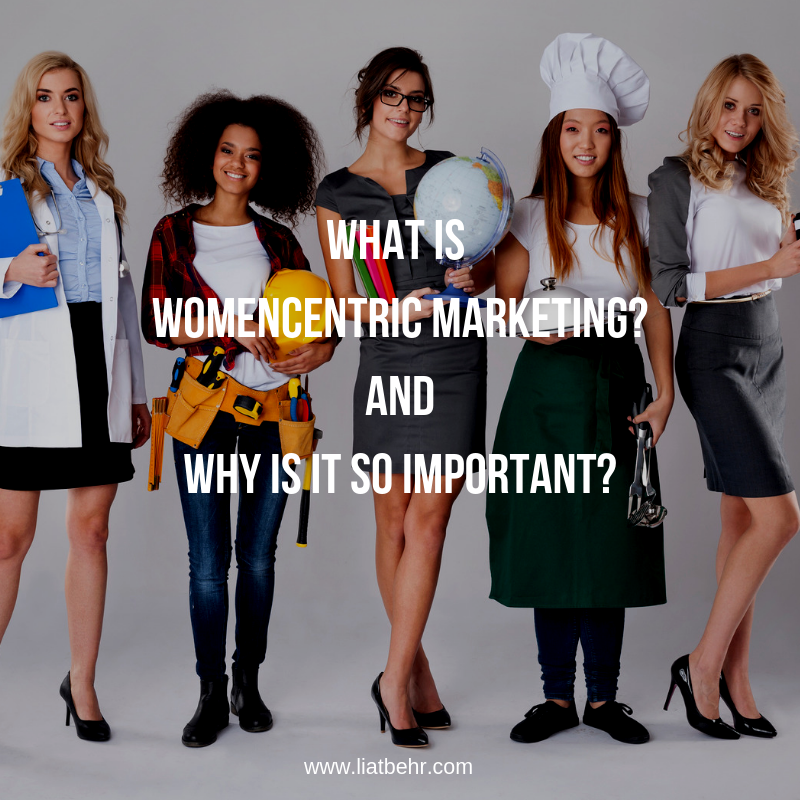 Womencentric marketing is the marketing strategy that puts women at the front and centre of its campaigns. It is the recognition of women as a strong and economic buying power and it is important, in and of itself, not only for women, but for society and for corporations. And not only because it makes financial sense.

How does womencentric marketing differ from femvertising?

Femvertising, as defined by Her Culture, are “adverts that use pro-female talent, messages and imagery to empower women.”

In other words, femvertising is a device, a wand, that touches the prospect in a special way.

Why is womencentric marketing so important?

When we market to women in a way that puts them at the front and centre of our campaigns,  we are telling women, men, and society at large that we recognize women as powerful players in the buying arena.

Womencentric marketing is important because it empowers women. It enforces women’s belief that they are powerful and capable of achieving, succeeding and earning. It helps them both understand and feel that they are vital to the economy and fundamental to its growth.

But when brands choose to exclude women – ignore, overlook and underestimate them, they achieve just the opposite. They alienate women, and have them (and everyone else) think that they are irrelevant; irrelevant to the brand and irrelevant to the economy as a whole.

“Most leadership positions are held by men, so women don’t expect to achieve them, and that becomes one of the reasons they don’t.” Lean In, p.22.

“Studies have shown that I don’t have to believe that women aren’t good at math, just knowing that the stereotype exists means I can still be affected by it…as long as society at large sort of believes this, it’s still rooting around your brain, influencing how you see people.”

The same is true for marketing.

If companies are not engaging in womencentric marketing, they are effectively disempowering the way women are viewed in society. We can’t possibly expect boys and men to view girls and women as equals, when they do not play a major role, or are excluded from ubiquitous marketing campaigns.

This point becomes even stronger when we focus on corporations.

Corporations have an ethical obligation to engage in womencentric marketing

When corporations vie for women’s bucks, women feel stronger, more powerful and they will spend more. And the opposite is true.

But even more importantly, when biases about women, money and power affect the way corporations market their brands, they detrimentally affect society as a whole. If corporations are ignoring or simply overlooking women in their marketing campaigns, how on earth can we expect these same corporations to promote women? To view them as equals? To include more women on their boards?

And how does this trickle down to smaller businesses?

Corporations are more influential than ever. And in return for the power that we as consumers give them, they are obligated to us to act ethically and promote a more just society.

What We Can Learn About Branding From Savta Gamila

Cynical Use of Feminism or an Advertising Campaign That Inspires?