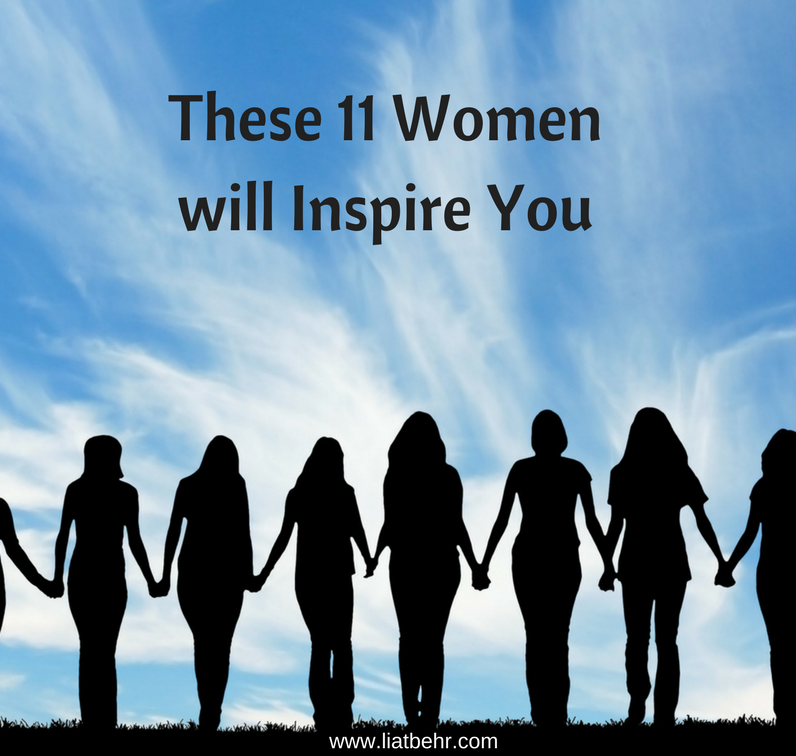 Rosh Hashanah, the Jewish New Year, is a time of reflection. It is a time when we contemplate what we’re doing right and what we can do even better.

As high-achieving women, we’re constantly working towards improving ourselves, our families, our society.

Founding Jasmine cannot be taken for granted. Having taken two years and hundreds of interviews with women to understand their needs, Kiram Baloum founded Jasmine to help women overcome the obstacles they face in developing thriving businesses. It is no coincidence that Jasmine assists women from every sector. “Our goal, “says Kiram, “is to create a common good for all of us within the State of Israel…to contribute to the country’s economy and security and to live in peace.” In 2016, Jasmine received the Knesset Speaker’s Quality of Life Prize and in the coming year, Kiram hopes to see Jasmine continue helping and promoting women in its two flagship projects:

i. We Source provides women run business with the opportunity to connect with large corporations and supply diverse and interesting products.

ii. IZUN trains successful business owners and academics with experience in management to serve as board members on corporate, public and NGO boards.

“For a woman to be free in our world she has to be financially independent. Money enables choices. This will only happen when women have

(Equaligence’s Hebrew name which can mean both equal work and worthwhile work). Through Equaligence Tali andMichal are working toward a society which will grant equal pay for equal work and where women hold 50% of management positions in any given company. The process begins with women anonymously answering surveys about gender issues in the workplace and moves to mapping employers about gender issues and making the information public. Through making the information public, Tali and Michal hope to make companies more aware of the inequality they are fostering and work together with them to repair the injustices.

Now in its fifth year, Alma  brings together women of vastly different backgrounds, mainly from the socio-economic and geographic periphery of the country. The women meet for an intense period of six months, live together, learn together, volunteer together and work together. Michal is currently working on founding The Jerusalem Center for Women’s Leadership with her partners Na’amat, the Jerusalem Municipality and the Jewish Agency for Israel. Through the Center, Michal is building a strong community of women for women both inside and outside Jerusalem. In 5778, she hopes to help women find their inner strength, build strong communities, enable women entrepreneurs to assist other women, and build a better future for women in Jerusalem and the Jewish world.

For Ruth Ebenstein, a primary goal this year is to spread a message of hope and transcending divides. Her principal aims for 5778 are to write pieces that promote education and social change, secure public speaking engagements and complete a revision of her forthcoming memoir, Bosom Buddies: How Breast Cancer Fostered an Unexpected Friendship Across the Israeli-Palestinian Divide.

“While my lumpectomy scars were still healing, I joined an Israeli-Palestinian breast cancer support group, hoping to find something ‘good’ in cancer,” said Ruth. “Instead, I found wonderful: Ibtisam Erekat, a Muslim-Palestinian woman whom I now call kin.”

“Ibtisam’s family and my family have become very close. I want to draw on our example of friendship to model how we all can conquer the lines that divide us.”

During 5778 Ruth intends to use her writing and storytelling skills to inspire others to be bold, brave, and get to know “other”. So far, this year is already kicking off to a great start; Ruth and Ibtisam have three appearances lined up in Jerusalem during the coming weeks.

As a trailblazing activist and feminist who promotes change, Hamutal Gouri has a number of projects in the pipeline. She chose to share two: As of now, the holiest site of the Jewish people is in the hands of an extreme minority. Under the Wall Rabbi’s regulations, women are forbidden to wear prayer shawls or don phylacteries, read out loud from the Torah or use a microphone. Silencing women is another means to excluding and depriving them of their rightful place in society, and influences more than WOW prayers. It is, in fact the reason why a bereaved mother, sister or widow cannot speak at Israel’s official state ceremony that marks the beginning of Yom Hazikaron (Memorial Day) which is held at the Kotel. This is why girls can’t have Bat Mitzvahs at the Kotel, and how they are expected at a very young age, to accept a secondary role in their own religion.

Women of the Wall Chairperson Anat Hoffman: “I want to see Bat Mitzvahs for girls happening at the Wall. 95% of Israeli girls have Bat Mitzvahs with no real substance. This coming year I want to see girls having Bat Mitzvahs at the Wall, just like their brothers and cousins do, on the men’s side. Oh, and I also want to learn to make a Texas style brisket. If any of your readers  knows how, send them my way.”

Going to the mikveh, can be a humiliating experience. Dr. Naomi Marmon Grumet is working to change. Since the Eden Center was founded, in 2010, Dr. Marmon Grumet has worked to turn the mikveh into a hub that is sensitive to a variety of physical, emotional and spiritual needs over the course of a woman’s life-cycle. Eden’s flagship program re-envisions the role of mikveh attendants by training them for both communication and sensitivity, providing them with knowledge about physical and mental health issues and teaching them how to refer women to professional resources. The program has already trained over 250 mikveh attendants who encounter more than 58,000 women monthly.

“​In the coming year,” says Dr. Marmon Grumet, “we are looking forward to publishing a guide to mikveh immersion for women with breast cancer so that both mikveh attendants and women undergoing treatment​ understand the issues involved, and have the opportunity to create a better and more pleasant mikveh experience. Likewise, we are working on a mikveh resource for women suffering with infertility, to help provide a positive framework for mikveh during this difficult process.”

At the forefront, fighting for women’s rights in the Rabbinical Courts, is Adv. Batya Kahana-Dror.

In a dramatic ruling of August 2016, Israel’s Supreme Court ruled in favor of Kahana Dror’s petition to accept her candidacy for the position of Director General of the Rabbinical Courts. Her petition had been previously rejected by only because she is a woman.

Kahana-Dror realizes that there is still much work to be done in the struggle for equality in the patriarchal framework of the Rabbinical Courts, and it looks like she has no intention of backing down. In her words:

“We intend to continue working towards the application of Halakhic solutions within the Rabbinical Courts, such as the annulment of marriages, forcing a get in the case of get refusal, as well as passing a bill in the Knesset that will enable agunot to receive sperm donations and recognizing marriages that do not go through the Rabbinical Court.”

For Talya Peled Keinan maintaining women’s current status and continuing to fight for women’s rights are imperative on every level.

“While the feminist revolution has changed a lot for us and has improved our lives, it is not complete.” For this reason, two main issues are on Peled Keinan’s agenda:

During 5778, Peled Keinan hopes to bring these important concepts to mainstream television in reports and documentaries in order to explore various viewpoints and encourage dialogue and understanding.

A champion of children’s rights, retired judge Saviona Rotlevy has the best interest of our younger generation in mind.In the coming year, she will continue to attend Knesset discussions on the subject of children’s rights, representing children, where children are not represented.

Her hope for the coming year is that decisions in the Knesset, pertaining to children, will truly be based on children’s best interest and not serve as a mere catchword. “It [must be] impossible for children to be used as pawns in the struggle of divorce or like objects that are moved from place to place.”

Rotlevy is also active in the Women Wage Peace movement, of which she is one of the founders. “If we bring life, we must also take care of it,” she says, “we must do what the State Comptroller said – we must examine options before going out to war.”

Saviona Rotlevy is currently the coordinator of government relations with the hope that women from all parties will band together to secure our children’s future.

Did these inspiring women’s projects speak to your soul? Reach out, get involved and help make a difference.

The Courage to Defy

A List of Women Speakers to End Gender Bias at Conferences