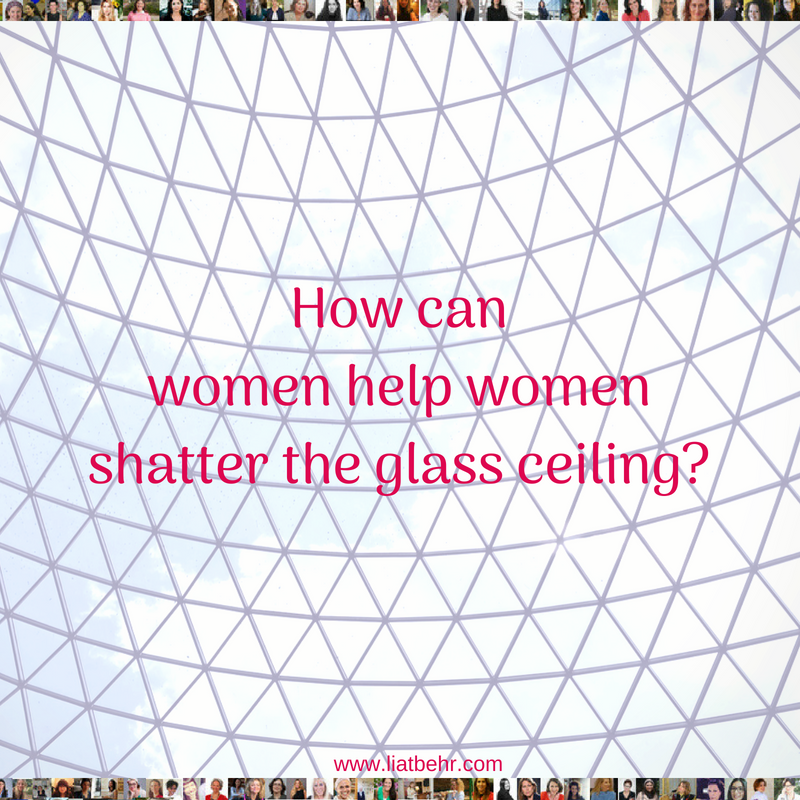 Today is the Jewish fast day, Tisha B’Av. Today, Jews worldwide commemorate the destruction of the First and Second Temples in Jerusalem.

We all know that baseless hatred can take many forms. From kids bullying another kid for wearing a “wrong” t-shirt to jealousy in the boardroom.

Baseless hatred is something we are all guilty of at one time or another; men, women and children – all of us.

Which makes me wonder, does each group have its own unique type of baseless hatred with its own rules and agenda?

Gender and art expert Shira Richter recently brought my attention to the fact that because women are competing with other women on fewer spots, sometimes, some women are inclined to help other women less – either because it was hard for them to get to where they are or because they struggle to keep their spot.

As Natalie Franke, founder of the Rising Tide Society,  said in a recent interview on the Being Boss podcast: “…a glass ceiling isn’t shattered by one woman. A glass ceiling is shattered oftentimes by hundreds of women over and over and over again, pushing farther in the boundaries that have ever been pushed before until one of them is able to break through. But if we pull each other down and we don’t allow each other to climb and to succeed and to win, then we all we all get trapped and stay below the glass ceiling.”

1. Give credit where it’s due

Women are often more quiet than men and when they’re not there’s often a bias at work that causes these women to be unheard or even ignored. When we quote other women, we make them stronger. We’re not only keeping people honest about their contributions but we’re also recognizing them for their contributions.

“Amplification” is the strategy Obama’s staffers came up with to make sure they were heard:

“When a woman made a key point, other women would repeat it, giving credit to its author. This forced the men in the room to recognize the contribution — and denied them the chance to claim the idea as their own.”

Is there something you know really well? Can you help other women who are just getting started? Mentor them. You’ll be helping another woman as well as sharpen your own knowledge.

By starting a mastermind group you can help yourself and others set goals and meet them. In my mastermind group we’ve helped each do things we never thought possible. When you’ve got the back of other women, and women have your back, the possibilities are endless.

Support can come in many ways. From encouraging hires, to buying wares or investing in a woman’s endeavour, supporting the work of other women is a meaningful way to help her meet her goals.

It’s a tough world out there. But by supporting each other we can make a meaningful difference to ourselves and to other women, today and every day.