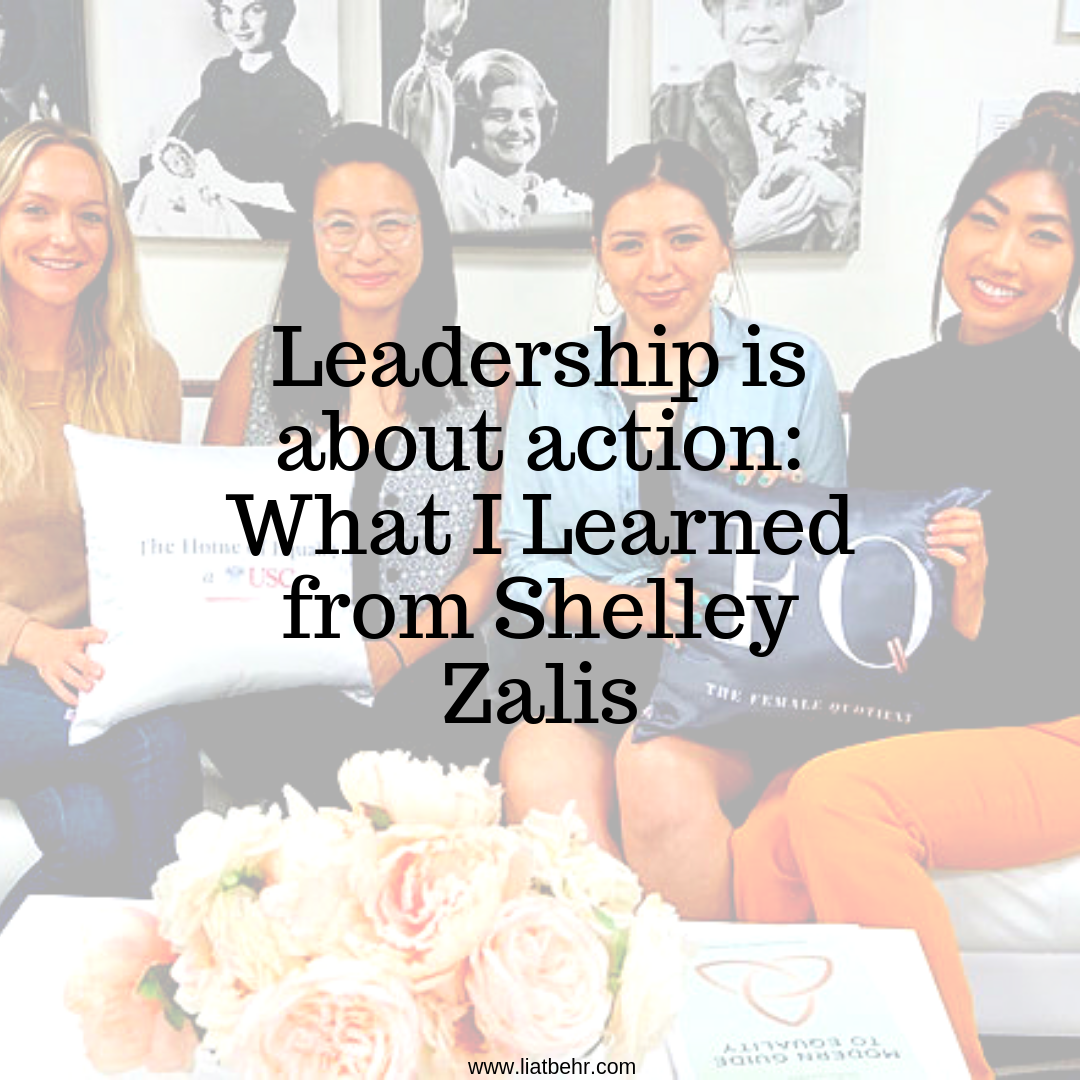 Several months ago, I was listening to Sophia Amoruso interview Shelley Zalis, on the Girlboss podcast. What struck me is that after selling her multimillion-dollar company, Shelley Zalis used her inside understanding of the male-dominated business world to create an environment in which women can openly speak about issues that are holding us all back from achieving equality, diversity and better outcomes.

A couple of months ago, she shared that she would be visiting Tel Aviv, and I asked Shelley for the opportunity to interview her. She replied that she wouldn’t have the time, but asked if we could speak on the phone. “Of course,” I said.

“Gender equality is not a female issue, it’s a social and economic issue”

Israel is a very traditional society. While it has laws that are supposed to protect women against discrimination, they are often ignored, and workplaces freely ask women questions about their age, marital status and plans for having children. Moreover, plenty of advertisements that depict women are defaced by people who believe that women should not be represented on billboards.

But Shelley seemed unimpressed by this. She says that “every society, regardless of where it is, has the opportunity to advance equality. Equality is a choice. Unconscious bias is an excuse.” She then brought the Israeli army as an example of an environment where men and women work together and where women are able to bring their unique strengths: their ability to multitask, their fine eye for detail and their intuition.

“Leadership isn’t about age or title”

In setting up the Female Quotient, Shelley Zalis has created a safe environment in which women can address the issues that plague our society, specifically the business world. “Equality isn’t female issue; it’s a social and economic imperative,” explains Shelley. The day companies understand that equality makes financial sense, that is the day they will begin prioritize it.

In Israel, this seems far off as discrimination against women and minorities is so deeply rooted in society. But Shelley explains, we don’t have to wait for somebody to come and change things. We can create change in whatever position we’re in. “Leadership isn’t about age or title; it’s about action. It’s each of our responsibility to activate change.”

The FQ Lounge on Campus

When asking about how she thinks I can help spread her ideas here in Israel, Shelley tells me that she would really like to create an FQ Lounge at Israeli universities. FQ Lounges on Campus already exist in the United States and around the world, helping to advance the next generation of women leaders.

The idea behind the FQ Lounge on Campus is to create a framework for university students in which to give them the skills and tools they need in the workplace. Leveraging its global network, FQ helps students create programs and activities that will provide them with the guidance and mentorship they require to become our next generation of leaders.

As I work toward helping set up Israel’s first FQ Lounge on Campus, I want to urge university students who see themselves as leaders to get in touch with the Female Quotient, to see how you can set up your own FQ Lounge on Campus.