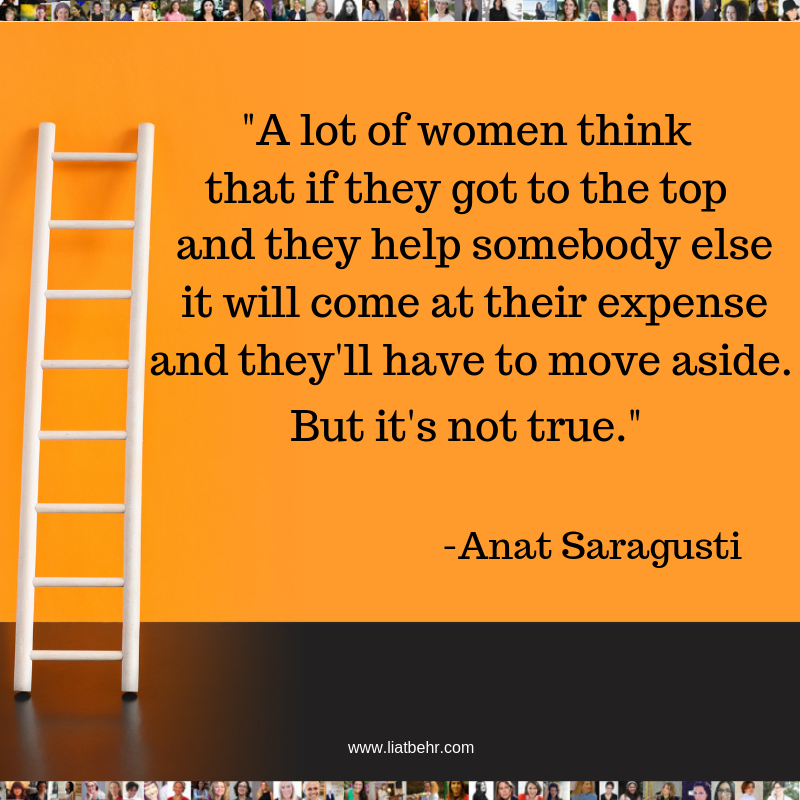 Anat Saragusti may have been the one to expose the Kav 300 affair, but that doesn’t mean that she’ll be remembered for it. And even so, Anat has built an impressive journalism career utilizing her talents and quick-thinking.

Ask almost any Israeli about Kav 300 and the name Alex Levac will immediately come to mind as the photojournalist who disproved the official account of the event. For those unfamiliar with the case, Kav 300 occured on April 12th, 1984, when Israel’s Shin Bet executed two bus hijackers that had been captured alive after a takeover operation, contrary to the official report they had given, that the hijackers had died on the way to the hospital.

And while it is Alex Levac’s iconic picture that is remembered in the mind of the public, it was in fact Anat Saragusti who brought the incident to light, with her own photograph and article which was published months before Levac’s.

I wasn’t looking for this information, but just happened to come across it in preparation for my interview with Anat. But when I did come upon it, I found it vital to bring up in our conversation. Because how could it be that Kav 300, one of the biggest achievements in Israeli journalism isn’t properly attributed to the woman who in fact exposed it to the public?

I ask Anat about it and she provides me with three reasons that she isn’t the one remembered for it:

1. At the time, Anat was a photojournalist for HaOlam HaZeh, a weekly newspaper which only had marginal exposure.

2. Anat’s photograph was somewhat blurred and taken from the profile of the hijacker

3. Months later, when Hadashot published the photo, they also published the fact the fact that there would be an official commission of inquiry. Except, that that information was censored and Hadashot was prohibited from publishing it. As a result, Hadashot was closed down for a few days, which gave them even more exposure, because most people thought (and still think) that the newspaper was shut down as a result of publishing Levac’s photograph.

As one can imagine, the lack of credit Anat received for the story troubled her for many years. And as Anat explains it, “it’s tiring to correct something that’s already embedded in peoples’ minds.”

Split-Second Decisions – Sometimes you gotta do what’cha gotta do

The first serious mission Anat received as a photojournalist was to cover Anwar Sadat’s funeral in Cairo. “I was so stressed,” she recalls, “I stood in line and there were all these huge male photographers with all the heavy equipment on them and I said ‘if I stand behind them, I won’t see anything and I won’t be able to bring back a picture.’ Quick thinking had Anat understand that she could turn her disadvantage into an advantage by standing in front of them. Because she is small (in size only), standing in front of them she wouldn’t block them, and she could still bring a picture back.

In another incident, during the First Lebanon War, when it was finally decided that they would let journalists into Lebanon accompanied by the IDF Spokesperson Unit, it was also established that they would not allow female journalists to enter. In a split-second decision, Anat went in with all the other journalists (as did Carmela Menashe and Tali Lipkin-Shahak). They all refused to accept the unacceptable. In Anat’s words, “it was crazy, but there was nothing we could do. We started a rebellion, but we didn’t file an appeal to the Supreme Court or anything, we just sneaked into Lebanon.”

In a third incident, Aharon Abuhatzeira had just been cleared of a corruption charge in the Tel Aviv District Court. On a whim he decided to drive to Jerusalem, to the Kotel (Wailing Wall). Anat followed him. When she got the Kotel, she was faced with a dilemma – Abuhatzeira would go to the men’s section. How would Anat get a shot of him if she were to remain in the women’s section? Anat reasoned with herself: “They’ll catch me? They’ll throw me out. What can happen?” And with that, Anat put a kippa on her head and followed him to the men’s section. “That’s something you decide on the spot,” she explained. “You don’t wait for them or go from the other side. You have to decide very quickly and break the system. You cannot accept that you can’t go in because you’re a woman.”

More recently, when Trump came to Israel, women journalists were told to stand behind their male counterparts. Anat was astounded that they listened, “ I told them ‘why did you accept that? Why didn’t you do anything? Why didn’t you just burst in and put yourself in the same line with the men? They put it on Twitter and it became viral. But it didn’t help them get a better picture. You have to act. So that’s what I did and I did it all the time.”

Anat was one of the founders of Israel’s Channel 2 where she worked for 15 years. During that time she held various senior positions including chief editor of the evening news. Anat’s first position with Channel 2 was to report Gaza. This entailed that Anat visit Gaza every single day. She went in, she developed connections, she understood the trends and she brought back a story. Except that she didn’t get to tell that story. Because she was only considered a correspondent. The analysis part of the story belonged to a man on the team. There was no room (and to a large extent there is still no room) for women military correspondents. “It was very, very frustrating,” Anat says. “You understand that they don’t see you as an equal…They used me as a woman, to pull viewers and audiences – ‘we put a woman there, it’s something unusual, come watch us.’ But they didn’t use my knowledge.” And “it’s like that all the time.We’re all like that. Every woman experiences the same thing, all the time. Especially if you’re in a male dominant system.”

Perhaps because of her own experiences and deep frustrations, it is important for Anat to help others. As the editor of Ulpan Shishi,  Israel’s leading weekend television news program, the investigative reporters always knew that there should be representation of women in any story they were doing. “…If you get there, to a point where you can decide and you can help others, you have to open doors. And don’t think that it will come at your expense. A lot of women think that if they got to the top and they’ll help somebody else, it’ll be at their expense and they’ll have to move aside. But it’s not true.”

Anat Saragusti’s career is rich and abundant in both achievements and her work to promote women. I’m grateful to Anat for her time and for sharing her wisdom. You can learn more Anat by following her on Twitter and Facebook.

1. What does a woman need to know in order to succeed?

iii. Do not self-deprecate or be self-effacing

v. Turn the men with you and around you into partners

“Find your ally. And if you can, find a mentor that can show you the way through all the dark alleys that you will go through.”

3. What books influenced you?

i. Pollyanna by Eleanor H. Porter.

It’s hard for me to say why it influenced me; perhaps because of the film in which Hailey Mills played a strong figure, opinionated in her own way, but not violent. Of course there was also the deep Protestant component of the book, but it was not something that was part of my conceptual world as a Jewish Israeli girl in Israel. What impressed me about Pollyanna was her independence; there was something inspiring about her being an orphan and yet, she  succeeded.

This is of course a classic tale featuring a variety of female characters. The context is, of course, the 19th century, but it is still relevant today, because female socialization enables the dismantling of the social codes that were practiced and are practiced today. And since there are different models of female characters, it seems to me that anyone can find a heroine or role model.

iii. To Kill a Mockingbird by Harper Lee

It’s an eye-opening and inspiring book. I am certain that some of my social sensitivity and sensitivity to minority groups stems from reading this book early in my life. My parents were subscribers to the Am Oved library and received a book every month. It was one of the books and I read it with bated breath. Then I saw the film too. It’s a book I’ve come back to again and again over the years, and I convinced my son to read it.