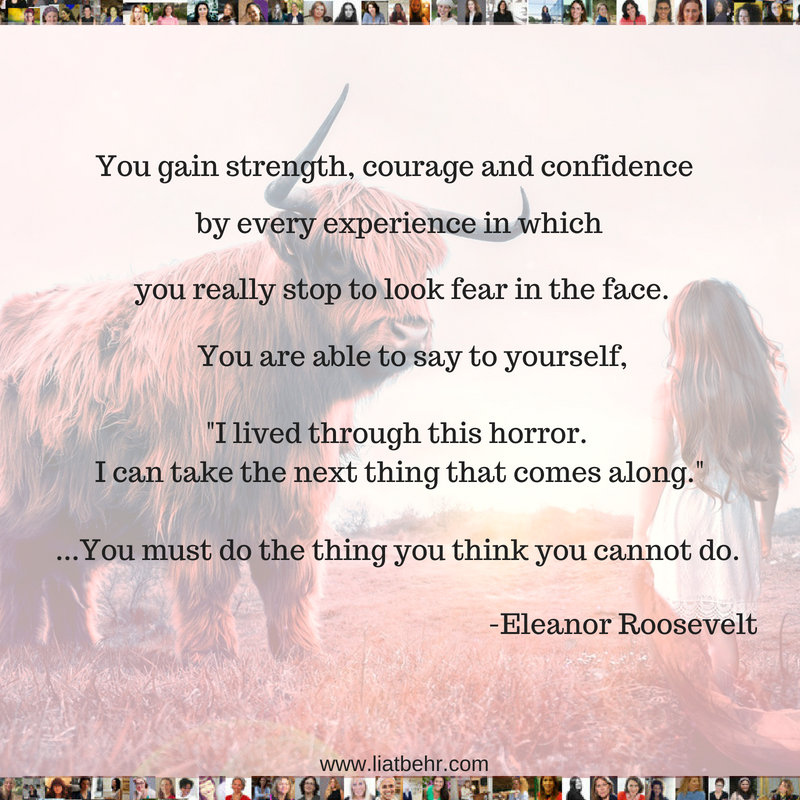 A few weeks ago I reached out to women to write the post I called The Courage to Defy. The post, written after the terrible tragedy of Nahal Tzafit where ten teenagers were killed, set out to act as a tribute by sharing stories of women who had the courage to defy authority despite the complexities and consequences. Each entry was no longer than 300 words.

But then Jenny Sassoon sent me her entry. And it was longer than 300 words. Way longer. I couldn’t cut it down; I didn’t want to cut it down.

As women, I think most of us find it easier to stand up for others. Jenny’s story is about having the courage to stand up for yourself and set yourself free in an extreme situation.  When we have the ability to talk about and share something difficult, we have control over what happened to us and not the opposite.

There I was, crouched in the corner of the hallway above the stairs, holding my knees tightly to my chest and crying. All I kept thinking about and repeating to myself was, “it has to stop.”

I was 23 years old, living with my parents, having moved back into my home to save money as I was getting married in six months.

I walked into my parents bedroom, crying, saying that I could not take it anymore, repeating that statement over and over again. I told them that the time had come for me to finally confront my abuser.

It was difficult for my parents, but I had their full support. They only asked that I wait, as my abuser was someone close to our family and my cousin was about to get married in a few weeks time. They knew that my confrontation would cause an upheaval, a terrible storm, to our extended family, relatives and friends. My parents were ready, but knew that others were not. They understood my desperate need to do this once and for all and validated it. They humbly requested that I wait just a few more weeks.

I agreed. It was hard for me. The wait felt like pulling nails out of a wooden plank with my bare hands, heavy, hard, impossible. I remember reciting psalms before going to bed, the words “when my father and mother abandon me, [You] G-d will gather me up…” resonating with me like never before.

The weeks went by. With my cousin’s wedding behind us, and many, many psalms having been read, my time had finally come.

I was in my friend’s home hours before my confrontation. I did not tell them what was happening, only that something big was about to take place in a few hours.

I asked my father to come with me as I required his support. It was so difficult for him to be there, as this person, the one who abused me, was someone close to him. I did not need him to do anything, I told him, only that he be there with me.

I drove onto the street and parked my car. My father met me outside of the building. We went in and rode the elevator up together. Doing this all in complete silence, the air thick, my heart pounding (as it is now as I write this remembering that day.)

We get to his door. I knock. He answers, thrilled to see us and welcoming this surprise visit.

“What’s doing?” he asked. “Not good,” my father responded.

He looked confused, this man I saw as a monster for so long, but went along having no idea what to expect.

We sat down at the table, the three of us. I, sitting next to the man, my abuser, and my father across from me.

I proceeded to take a wad of money out of my wallet; money this man had given as a gift to me and my fiancé for our wedding. I was giving it back.

I put the money on the table, looked him in the eye and said “this is the money you gave me as a gift for my upcoming wedding. I don’t want it. We don’t want it. You are not invited to our wedding. We want nothing to do with you. You abused me and you are out of my life forever.”

Immediately he was defensive and started screaming, yelling, cursing, and calling me a liar and some other offensive things.

In that moment it was so clear to me.

This was the proof, his admission of guilt and his desperate attempt to clear his name by trying to push me down.

But he could not.

Because in that moment of confrontation and defiance I felt enormous and powerful. Not anyone, especially not him, was going to be able to push me down. Not ever. In all of my five feet, I felt like the tallest and most powerful human being that day.

My dad and I left, all the while, this man, my abuser, hurling curses at me down the hall.

My father and I rode the elevator down together, left the building, and went into our separate cars. Again, all the time in silence.

I went home and the first thing I did was call my fiancé and shared with him all the details of what had happened.

I thought about his words for a moment and smiled, acknowledging that I was marrying a gem of a man. As I took another moment to contemplate those words, though, I realized something else.

Thank you Jenny, for having the courage to tell and share your story.

You can learn more about Jenny Sassoon on her website at Unleashing U.