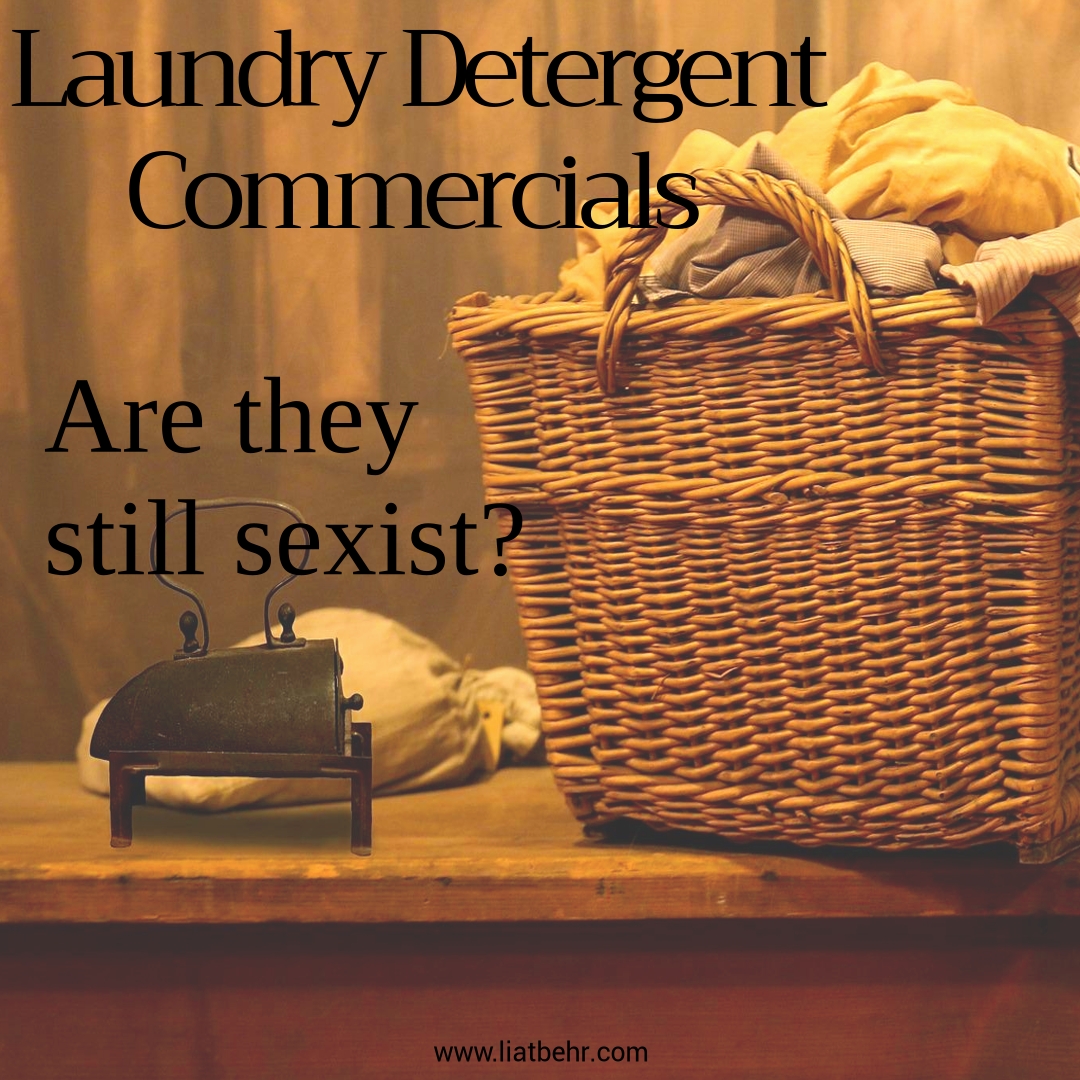 The above 1950s commercial is completely unsurprising in terms of the gender stereotypes of the time.  In this commercial, a boy makes a mess, as is expected of a boy; his perfectly dressed mother cleans up after him, doing his laundry, ironing and folding, as she is expected to; the voiceover – the voice of a man, is telling her (and us) what products she (and we) need to use to clean out the tough stains boys make.

By the 1970s things begin looking up a bit, at least in this commercial. Here the husband is doing laundry and his wife has faith in his laundering abilities. Only his mother-in-law is so old-fashioned to think him incapable of effectively knowing how to remove stains. And so the mother and daughter go shopping (another stereotype?), leaving the husband at home to take care of the laundry. And when they come home, it’s surprisingly stain free.

By 2018, there’s no woman, no laundry room and no laundry. Just the pure entertainment of watching almost familiar commercials and the hilarious interruption where we’re told it’s Tide ad. In some ads come the wild and genius assertion that all ads with clean clothes are in fact Tide ads.

But alas, all these ads were born in America.

In Israel, it’s 2018. And so I hoped to find a commercial with men doing laundry. But I didn’t.

What I did find was a commercial launched for Family Day, 2015. And then its follow-up commercial.

And I was disappointed.

Because the commercial starts off by claiming that men are full partners. And then it goes on to mention a research study, which claims that most women still don’t trust their husbands to do laundry. The question arises, can men be full partners in household work if they don’t do laundry? I imagine the answer will vary and that it depends on who you ask.

But for me this commercial was disappointing. Because essentially it blames women for their husbands not doing laundry. And that maybe so.

But if that’s what the research said, couldn’t you put a man in the laundry room doing laundry, to make women feel like they should be trusting their husbands to do laundry?

But you don’t exactly encourage women to trust their husbands by portraying a husband spilling coffee on clean laundry.

In my mind, Ariel got this one wrong. They certainly didn’t convince me to buy their product. In fact, they totally missed the mark.

But perhaps I just couldn’t find the more recent commercials that paint a very different picture.

What do you think? Are laundry detergent commercials still sexist? Post your comments – and links to commercials below.