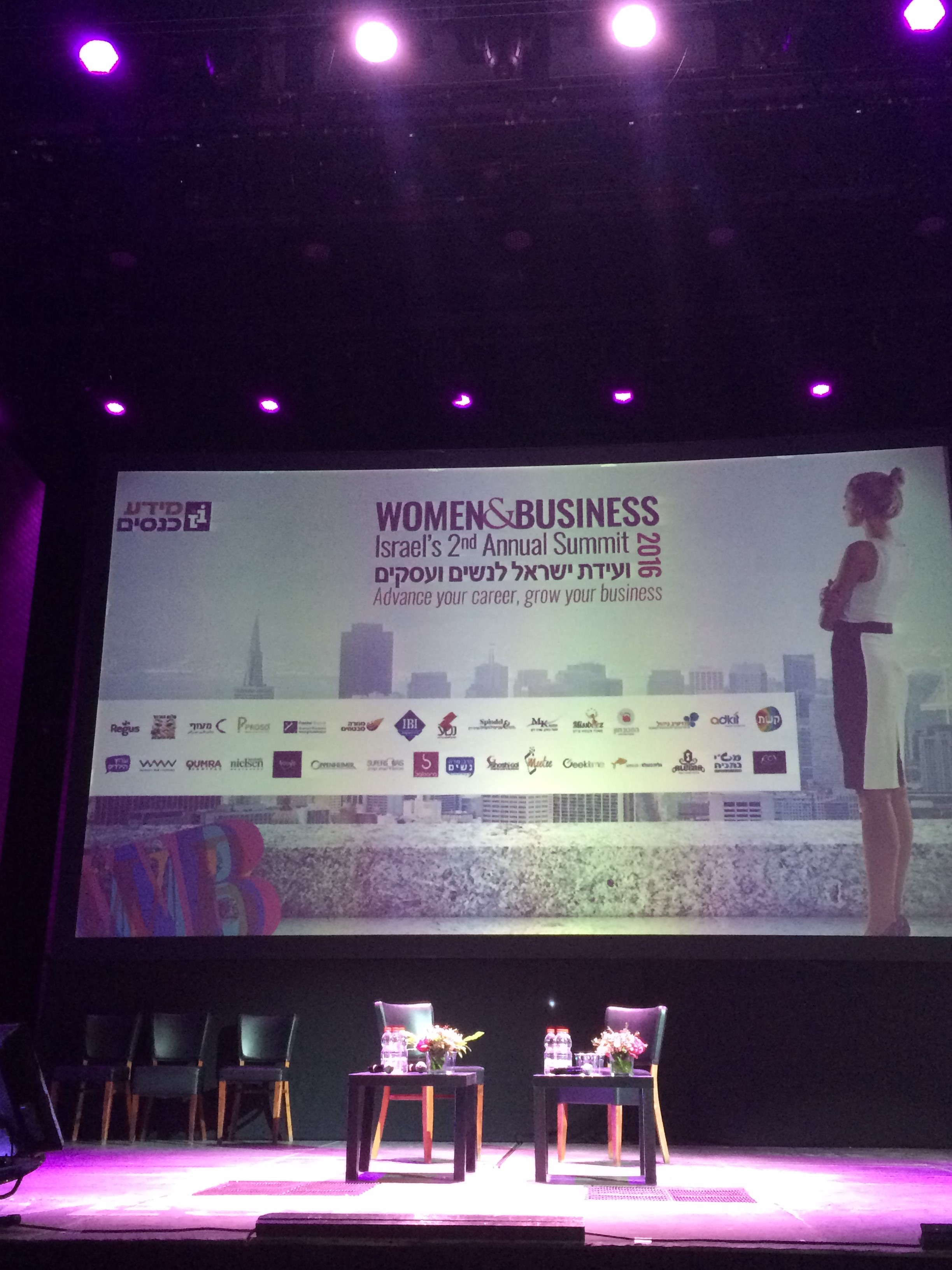 On Monday (January 16, 2017), I attended the 3rd annual Women & Business conference, for the second time.

Once again, the conference was emceed by the lovely Orly Vilnai; she kept things on track, bridged seamlessly between speakers and spent breaks patiently taking selfies with her adoring crowd.

What made this conference so exciting for me, and the reason I decided to attend again, is the opportunity to learn from and meet so many talented and inspiring women.

And though the image used for the conference portrays your typical attractive woman in professional attire, the actual speakers were so varied; they were of different backgrounds, political leanings (two women Knesset members, from different parties spoke), and their professions ranged from musicians and comic artists to mentors and leaders of large organizations.

Here are my 3 big takeaways from the Tel Aviv Women & Business Conference, 2017:

Sure women are making tremendous strides. But our work is far from done and we’re not in a position that we can be lax or content with our progress.

Here are some alarming statistics that were raised by Orna Koplovich and Hana Rado:

i. Wage gaps between men and women exceed 30%

ii.There are only 7 female CEOs in the largest 100 companies in Israel

iii. While more women than men pursue academic degrees (first, second and third degrees!), there is an inverse correlation to the number of women who are senior faculty members.

2. Don’t be scared of money

As women we’re conditioned not to receive money for things that we do. Often this conditioning carries into the world of business.

i. If you need funding for a project – be bold – go out there and find a way to get your funding.
ii. If you have a great product, but nobody’s paying you for it – either you don’t have such a great product or you better figure out how to monetize it.

3. These women have your back

Founded by Hana Rado is aiming to change to proportions of men to women in government and business. 50-50 is the goal: boards comprised of 50% women, a Knesset that is comprised of 60 female Knesset members, 50 women CEOs in the top one hundred companies. No less than 50%.

I had never heard of this MK before, and neither had the nice Israeli women sitting to my left and to my right. After a few minutes of hearing her speak, I was quite impressed. She is currently the Chair of of the lobby for Women in Business (who even knew there was such thing?). She is the one responsible for changing the law about maternity leave – I don’t know the details, but the gist of it is that women who received funds from national insurance (Bituach Leumi), no longer have to return funds because they made less money towards the end of their pregnancy.

This is a woman who worked her way up from being a room attendant in a hotel. Just goes to show you what ambition coupled with hard work is all about.

Mindset Changes That Will Help You Attract More Customers

7 Takeaways from the Tel Aviv Women and Business Conference 2016