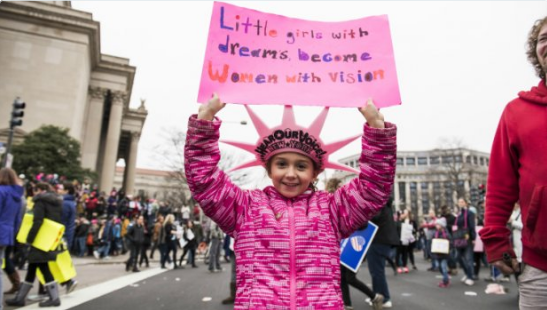 Yesterday was Equal Pay Day 2017 in America. I say America, because the date of Equal Pay Day changes each year because it is based on how far into the year women have to work in order to earn what men earned the previous year.

In America, women earn 80 cents for every dollar a man earns; in Israel women earn 67 agurot for every shekel a man earns. In fact, Israel’s wage gap is one of the widest in the world, among developed countries.

In Israel, there is a growing awareness to Equal Pay Day. In order to inspire and encourage more women to know their value and ask for more, I’ve decided to share my favourite Equal Pay Day tweets with you.

Equal pay for equal work. Simple as that. Happy #EqualPayDay to us all. Let’s keep moving towards what’s right. #Ask4More pic.twitter.com/4fYMsN0ZSl

“If someone wishes you a Happy #EqualPayDay today, tell them thanks but you’d rather get paid.” —@mayaharris_https://t.co/u1XGYJu5kT

This map shows the state by state breakdown of the gender pay gap #EqualPayDay pic.twitter.com/TwE0nkCrRD

“This work does not need your guilt — it requires your solidarity. You aren’t free until we are, too.” #EqualPayDay https://t.co/SRkOq3io3Y

On #EqualPayDay, we are proud to share that at Twitter, all women and employees of all races and ethnicities are paid equitably.

In tech, the wage gender gap worsens for women over time, and it’s worst for black women https://t.co/rW9T8GzQBL #equalpayday pic.twitter.com/DGjzE4ZRYG

What were your favourite Equal Pay Day Tweets?

Who’s Responsible for the Destruction of the Temple?

5 Things Queen Esther Taught Me About Being a Successful Woman