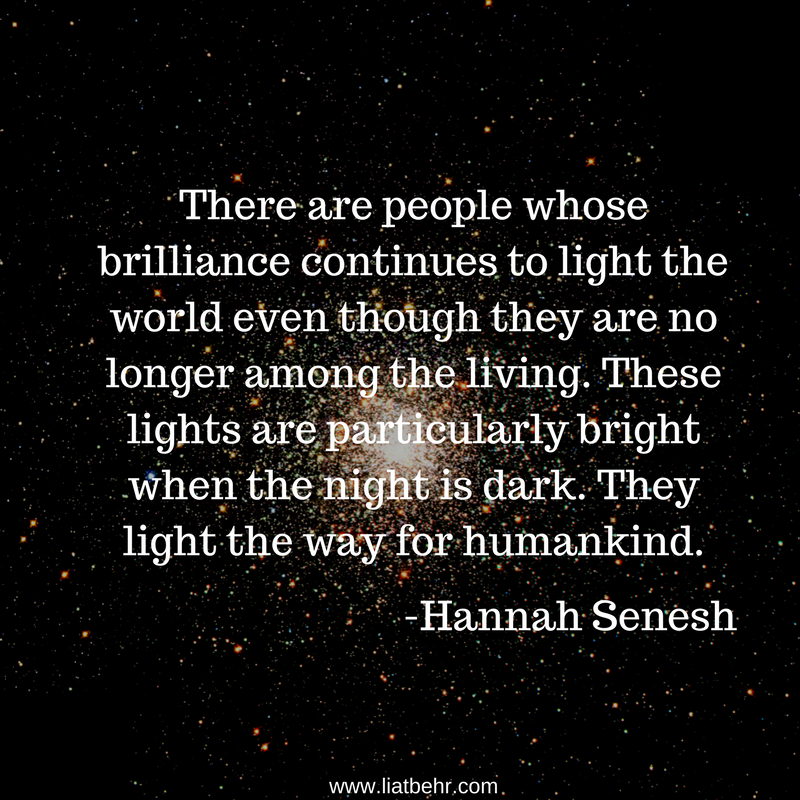 In Israel, today is Yom Hazikaron laShoah ve-laG’vurah – Holocaust & Heroism Memorial Day. Today we remember the six million Jews who perished in the Holocaust at the hands of the Nazis and their collaborators, and the passive and armed resistance of Jews during that period.

Because this blog focuses on women, I’ve chosen to focus this post on remembering a few of the brave women who resisted occupation, risking their lives to save others and creating hope during the dark days of the Holocaust.

Remembering the Holocaust means remembering the depths of depravity that humans can stoop to when evil ideas spiral out of control.

Please consider sharing this post to help remember the acts of these courageous women and to remind us that we must never let this happen again.

Before the Holocaust, Rachel Auerbach worked as a talented literary journalist.

In the Warsaw Ghetto, upon the instruction of Dr. Emmanuel Ringelblum, Rachel Auerbach directed the soup kitchen. And while the soup kitchen “failed to save the lives of the Ghetto’s residents”, it was an important social hub that provided “spiritual sustenance.”

In addition to Rachel’s activity in the soup kitchen, she also covertly documented daily events, collected and preserved under the code name Oyneg Shabbos led by the same Dr. Emmanuel Ringelblum that established the soup kitchen. The group, comprised of historians, writers, rabbis and social workers chronicled life in the ghetto. These collections were later stored in three milk cans. After the war, Rachel Auerbach, one of only three survivors of the Oyneg Shabbos group (Dr. Emmanuel Ringelblum did not survive), initiated the search for the documents which were buried in the milk cans. Only two of the three milk cans were found.

4 women who worked at the Vistula Union Metal work detachment supplied gunpowder to the members of the Jewish Sonderkommando at Auschwitz-Birkenau. They were later found out and executed.

Lena was a teacher educator and psychologist. At one point during the Holocaust, using a fake id, Lena Küchler smuggled children out of the ghetto. At another point, she was a kindergarten teacher. After the war, and while in search of her own living relatives, Lena discovered tens of orphaned children with no place to go. She set up a home for them in Zakopane (Poland) and travelled with them through Czechoslovakia and France, finally arriving in Israel in 1949. Lena wrote her story as a book – “My Hundred Children,” which became a best-seller and was turned into a TV movie in 1987. I remember watching it with my father.

It is such a splendid sunny day, and I have to go. But how many have to die on the battlefield in these days, how many young, promising lives. What does my death matter if by our acts thousands are warned and alerted.  -Sophie Scholl

Sophie Scholl uttered these words as she walked to her execution. Just 21 years old, she was found guilty of treason for spreading anti-Nazi propaganda. As a child she had been a member of Hitler Youth, as a university student she was part of the White Rose, an intellectual resistance group in Nazi Germany which through the dissemination of anonymous leaflets called for active opposition to the Nazi regime.

There are stars whose radiance is visible on Earth though they have long been extinct. There are people whose brilliance continues to light the world even though they are no longer among the living. These lights are particularly bright when the night is dark. They light the way for humankind.  -Hannah Senesh

Hannah Senesh emigrated to Israel with the British Mandate of Palestine in 1939. One would think she would be relatively safe building the future State of Israel. But in 1943 Hannah Senesh joined the British Army, specifically the Women’s Auxiliary Air Force to help rescue Hungarian Jews before deportation to Auschwitz. She was parachuted in Yugoslavia and made her way to the Hungarian border where she was caught and later tortured and killed.