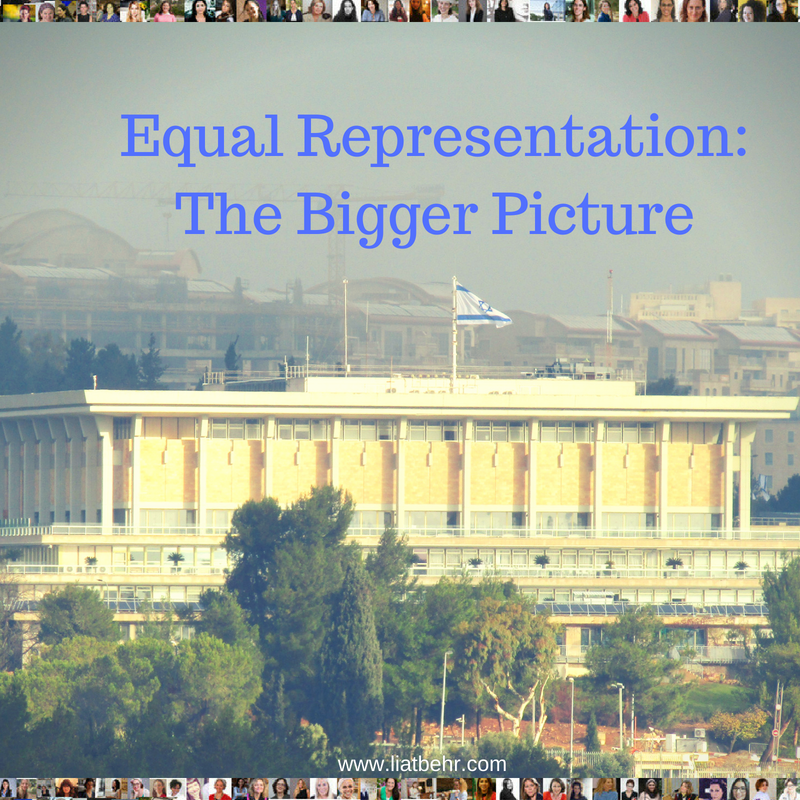 A few days ago, 60 women arrived at the Knesset to show that they are ready for equal representation in local councils. But the symposium they met for, called Join. Run. Win. (in the Hebrew feminine form) represents something much bigger.

But there’s a much bigger picture.

Israel’s sexist culture is deep-seated. In many respects it is a traditional society in which marriage and divorce are governed by Jewish law (in which men have the upper hand) and women have more children (than in other developed countries).

Sexist behaviour is blatantly and shamefully accepted as in the case of political parties that are allowed to exclude women and yet be a part of the legislation process that governs them.

Further, as some deeply Orthodox sectors become more fundamentalist in their treatment of women, they influence even moderately observant sectors who adopt the same line of fundamentalist thinking.

The point is, women on the whole, are not doing great.

And then more women take the decision that they’re going to run in the upcoming municipal election. And it’s significant. Because of course more women running, hopefully means more women winning. But also, because it means that in some cities, women will be up against women, with no male candidate.

This is in fact the case in the small town of Yerucham.

And why is this so exciting?

Because many Orthodox men really don’t want to see women in any public office. And while in the Knesset those men still have the ability to vote for all-male parties, with elections for the municipality, they can choose not to vote, or otherwise vote for a woman. But what they can’t do is stop women from running or silence them.

And this is excellent news. Because once women are in local councils, those councils will serve as platforms for them to later run for Knesset. And the Knesset needs more women. Many more women.

And while this will take a long time, it means that we are on the right track. And that is a huge deal.